Last June I was invited to speak at Opticon, Optimizely’s Conversion Optimization Conference on challenges and perspective for conversion optimization teams from a global perspective.

It was really a great event. The great vibe aided by even greater weather.

I’m a bit late to the party writing about the event, but it’s also a good chance to measure what was presented vs what has happened. I’m very skeptical about product or feature unveils, thanks to Google. Every time I’ve heard Google – in particular Google Analytics – unveil some kind of great product, many times they mean “we’ve been working on this, maybe you’ll see it out one day”. (Mainly confidential stuff.)

In the case of Optimizely the big reveal was Optimizely Personalization. Since the reveal we’ve had the chance to play around with the tool, not nearly as much as we would’ve like to, but it does show promise. And though they presented a flawless scenario – which rarely happens – the tool is pretty straightforward and a good option for those who are looking for an entry point.

I see the Optimizely page already is showing personalization as an offering – so it’s public and accessible. 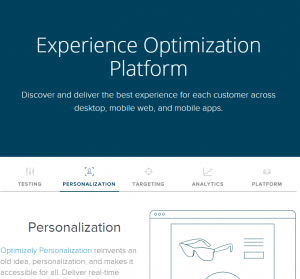 For those wondering about Optimziely Personalization pricing and general cost, well it’s not cheap. I can’t say the numbers we’re working with, and it will depend on your traffic, but it will not be an $50/month extra… think in thousands.

There were other good talks, particularly on the technical side. It really pushed me to expect more from our teams… The conference had a good level of speakers. Though I’m not a developer, it did give me ideas to ask our teams and perspective to push the boundaries.

Since it was the main dish of the conference, basically, let me share a quick thought on this topic.

2015 has been the year of getting excited about personalization. Not because Optimizely has released this product – though I’m sure all the fanfare around Optimizely Personalization has been noted and influenced some. But I think this trend is the result of organization getting a bit more data-savvy. A great thing.

No one really has a magic formula and a flawless data-insight personalized operation, but organizations are finding out you don’t have to be Amazon to do this. On the same token, users are liking personalized content. I know I do 🙂

But it’s not easy, particularly with big organizations with marketing calendars set weeks and months in advanced. Personalization demos seem to be tied to weather personalization. If it’s rainy, show this. If it’s sunny, show that. Which is much easier in theory than in practice for big organizations. Telling marketing teams to duplicate assets for “rainy” and for “sunny” is not always welcomed.

Having said that, it’s a matter of habit. I believe once organizations get the habit of personalization that becomes the norm. Just like at getting the habit to abide by a marketing calendar… I’m sure many struggle when they move from a more ad-hoc approach to calendar based.

I’m curious about others’ experience with personalization software or strategies… any thoughts to share?

Below some of my photos. You can also check the blog post by Optimizely, but that one has a glitch: I’m not in any photos :/ 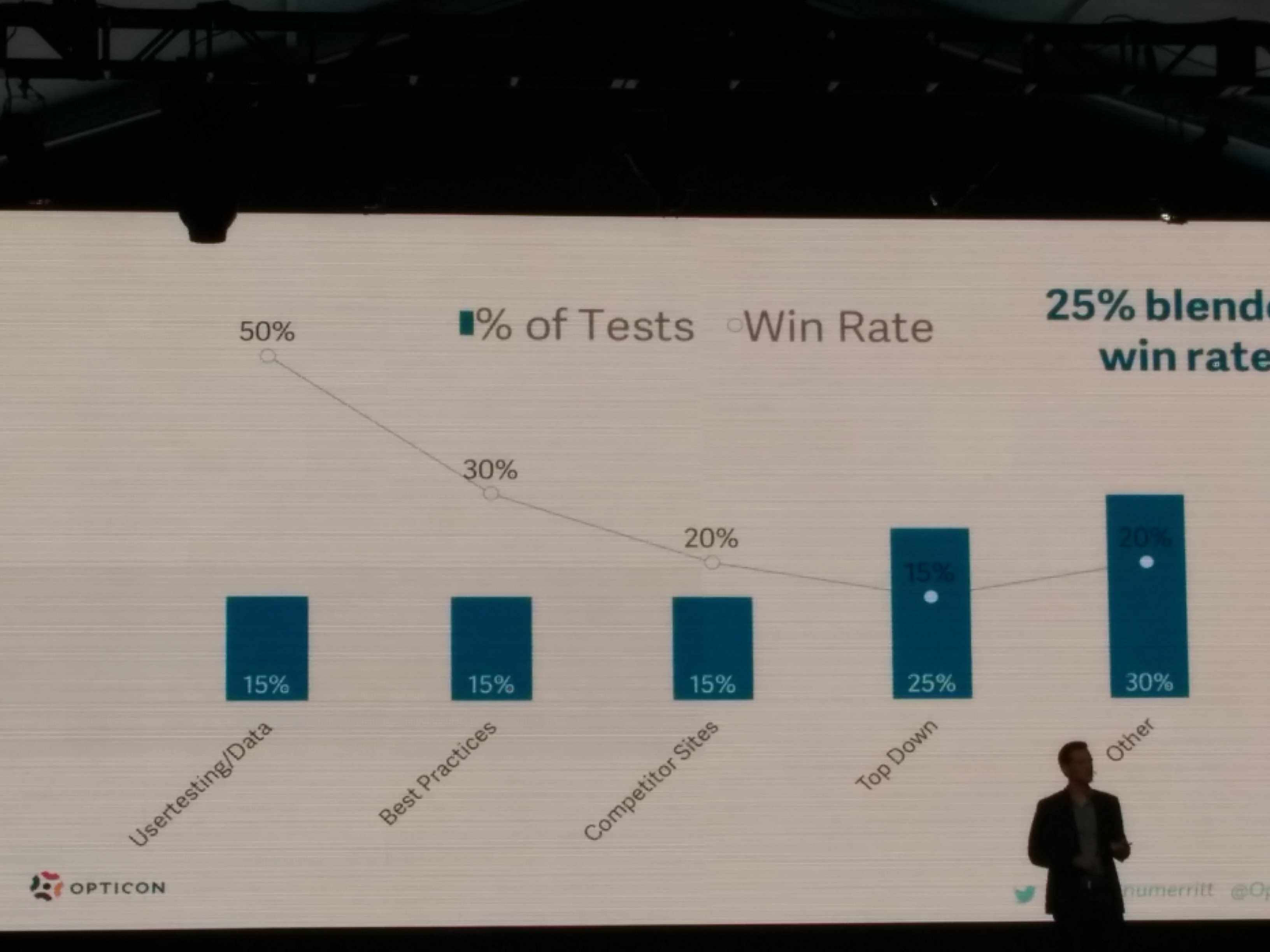 Keeping track of where the test ideas are coming from is a good way of fine-tune research. 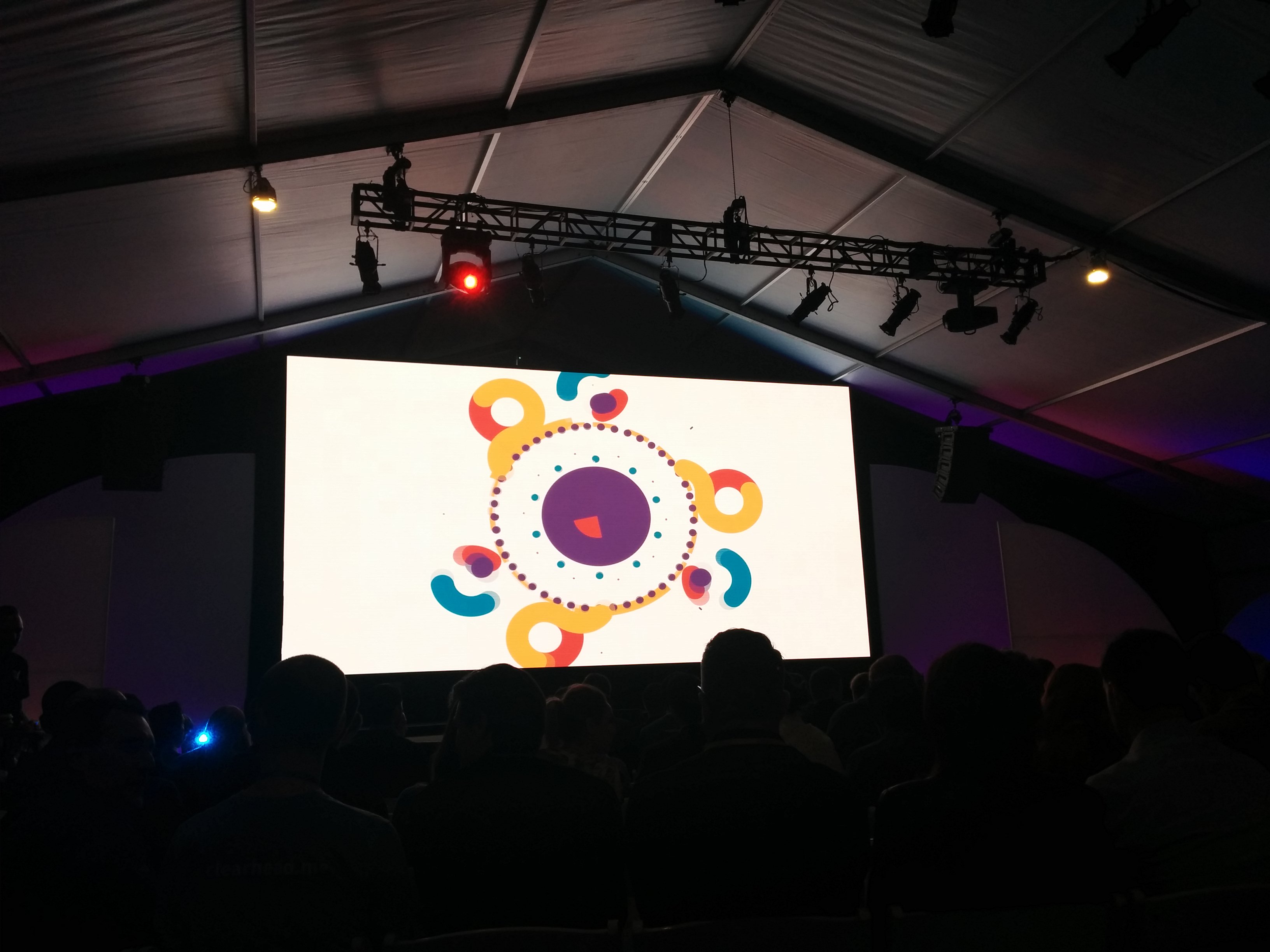 Funky Opticon Illustration… Like a Google logo on drugs. 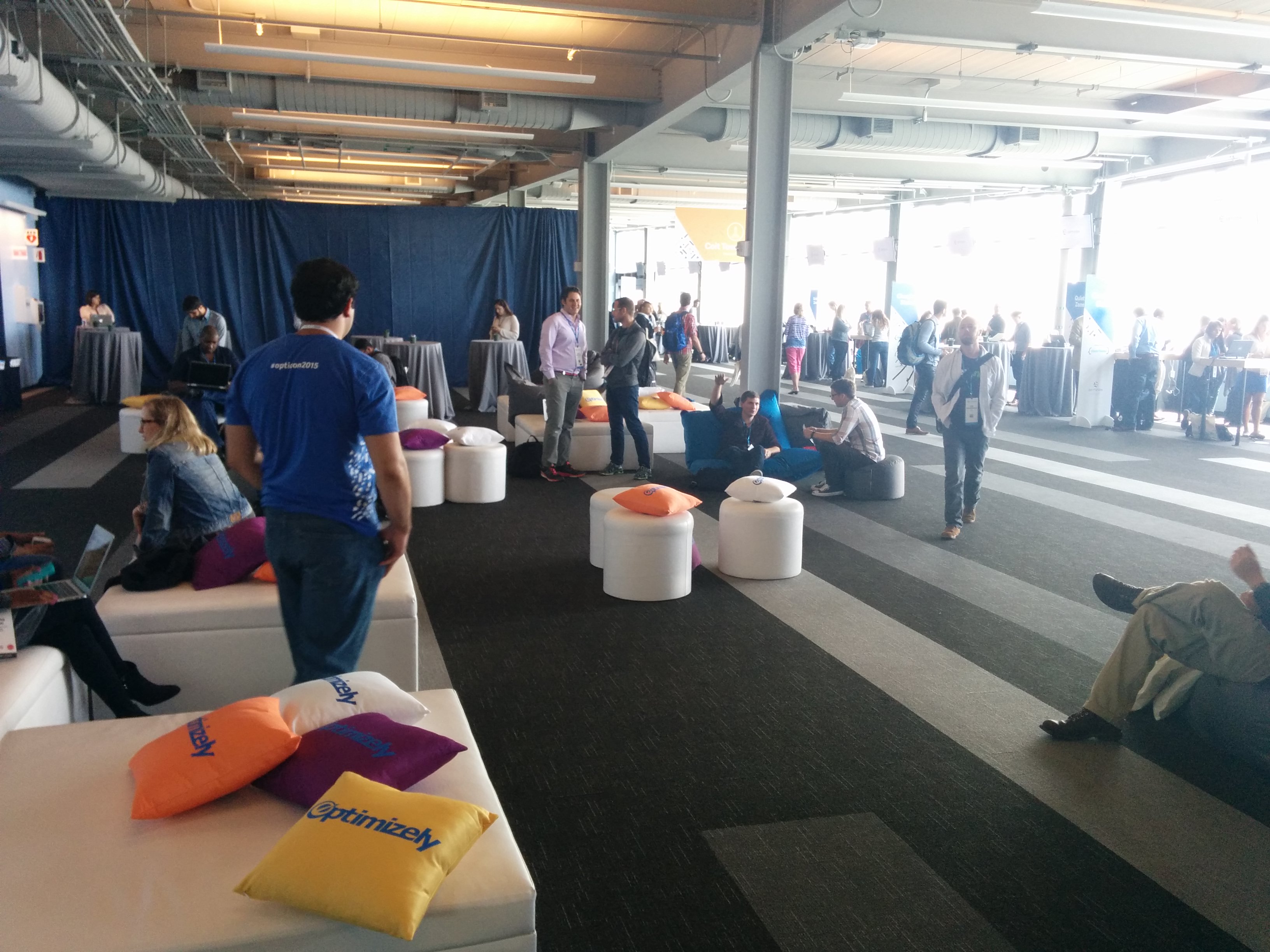 This was the second floor, later in the day more bean bags appeared. 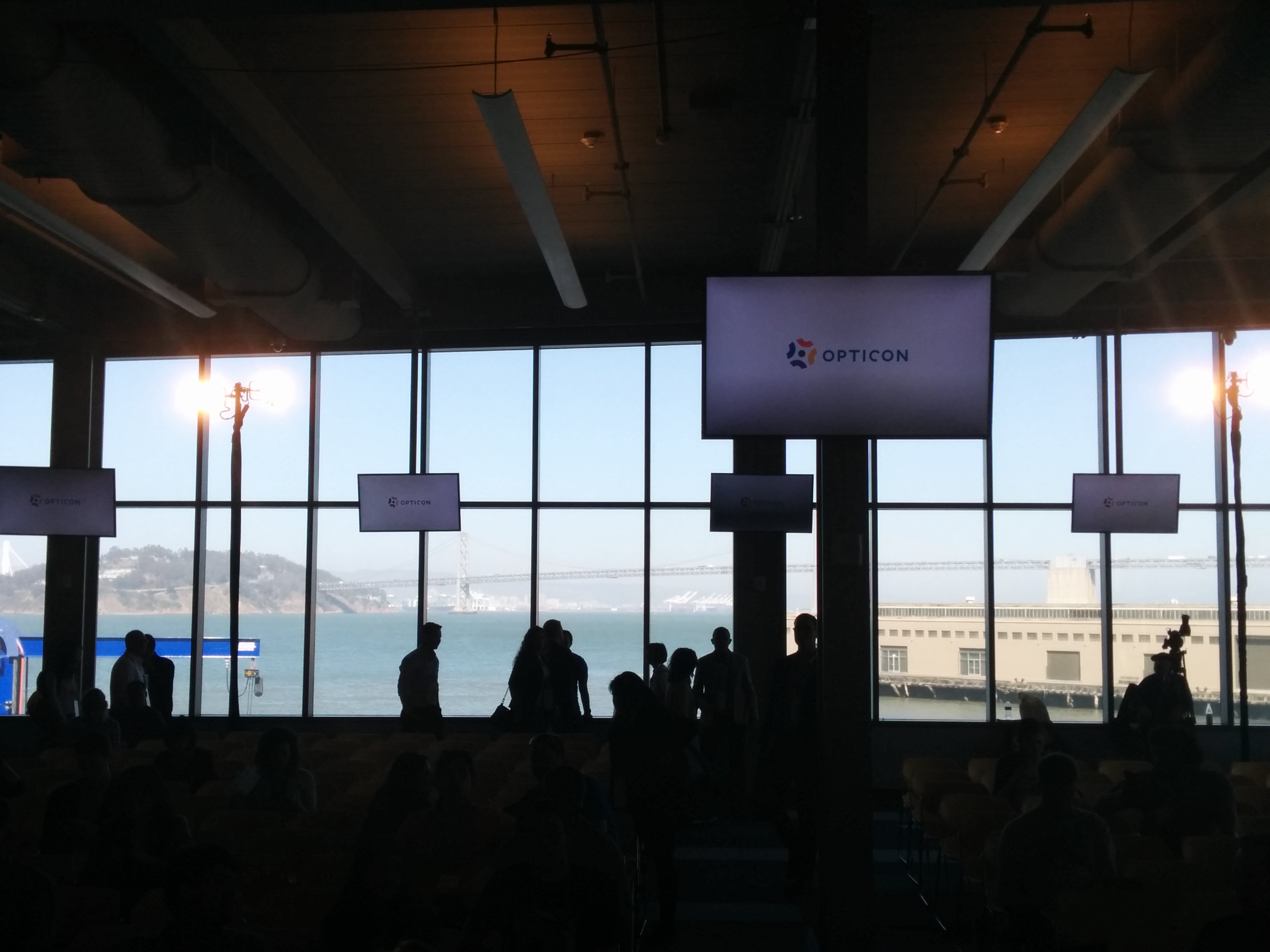 The view from the presenter stage. 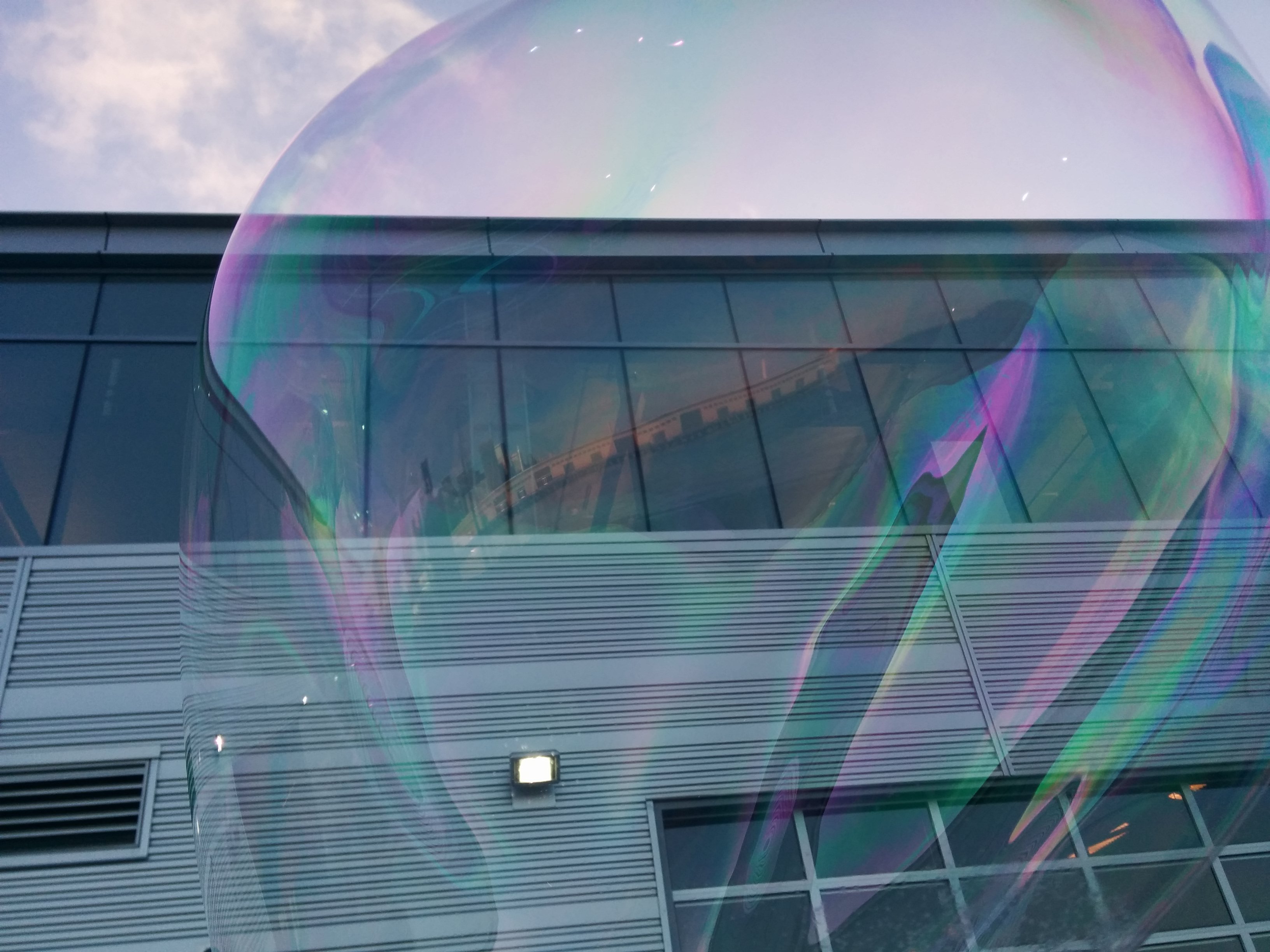 A giant bubble never gets old. 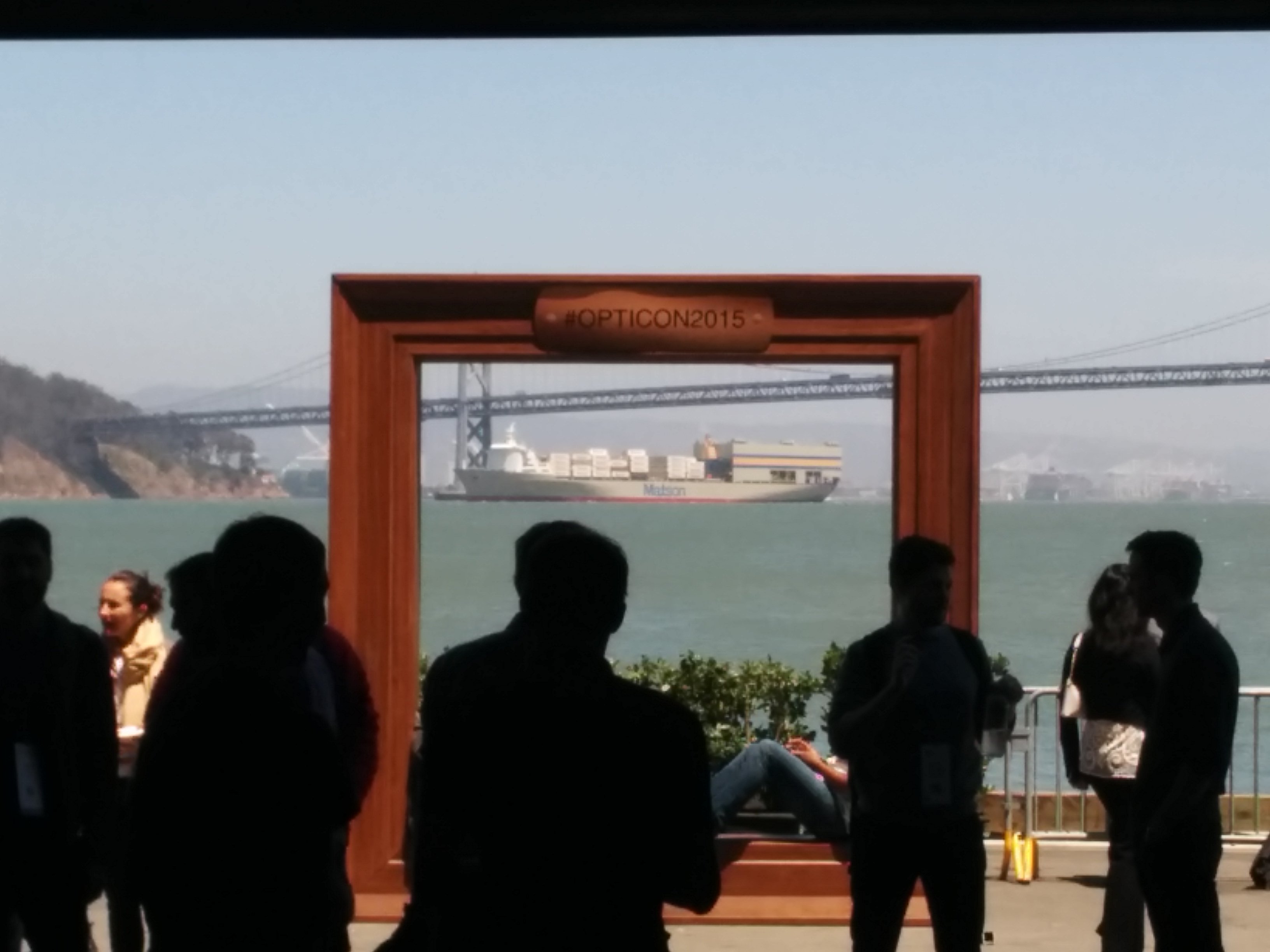 Did mention the weather cooperated?